The majority of scams that have been reported by a vast number of business organizations require forensic investigators to search through email messages. When investigations of such manner are related to web-based email client messages, the process becomes even more challenging. The complexity associated with web-based emailing applications like Gmail makes the accurate rendering of data for the extraction of evidence difficult. Let us understand the flow of messages in Gmail before moving out to its detailed analysis.

Understanding the Flow of Gmail to Conduct Gmail Forensics

Gmail follows a web server-client architecture wherein a user logs into a Gmail account and the browser loads a javascript program. Once this application gets loaded, Gmail gets messages from the server in the form of javascript snippets. This data is delivered in typically an undocumented format which is then transmitted by the carrier HTTP.

What generally happens is that the web email is typically not stored on the local computer unless the users request them to store it in that manner. Forensic investigators have to work hard to locate the files on the local system. Possibly, it’s not so easy to locate the files. However, there is a way from which you can get access to the emails which has been sent from the user’s side. Let us have a look at it. 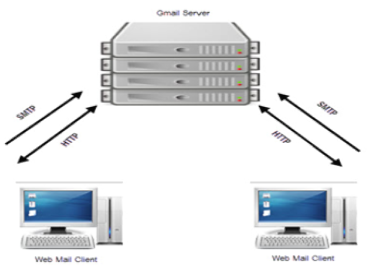 What is more important for forensic examiners is to extract a high level of information from the messages received or sent. While examining the messages. The examiners do not take into account what kind of mail agent was employed for sending or receiving messages. And how they are displayed on the screen of the user.

As we all know that whenever a user checks out an email message or takes an initiative to compose messages. The Operating System caches those relevant data on the hard drive. So the best place to carve out information is the affected user’s system to know that if are not one who is possibly behind the scam. In such a case, the best place to extract information could be the temporary file area where the file cache area consists of the data that gets cached at intervals and stored in the RAM. Such kind of information extraction needs a lot of time. The reason being forensic investigation requires a lot of time to reconstruct pages from the raw data available in these areas.

To deal with such kinds of situations, forensic investigators can employ a basic tool known as the Gmail Backup utility. Now, the question is, why would forensics investigators invest in a backup tool when they have access to messages of users?

Normally, a forensic investigation procedure involves the application of an imaging tool that helps in creating an image of the evidence acquired. Similarly, in this case, we can employ Gmail Backup as an imaging tool to acquire evidence in local form. This would help in exercising control over the acquired evidence. Rather than the insecurities associated with the data situated on the cloud.

In order to help the investigators for carrying out a thorough examination of Gmail messages in a more efficient manner. The tool has been equipped with some of the excellent features which have been discussed below

Backup Several Accounts At Once

By using the same utility, examiners can create the backup of multiple accounts such as the backup of a single user. They just need to provide the credentials of the account. And all the messages of that particular account will get backed in the form of the chosen file format.

After successfully having a backup of Gmail messages. The next step is to analyze messages. Here, the forensic investigators can take the help of a viewing utility known as the PST forensic tool. Which will assist them to analyze the messages without even installing Outlook on the system.

Acquiring a tool like PST forensics utility can bring out a turn in investigation procedures. The figure shown below represents a picture of how to analyze the Gmail messages in the form of a PST file with the help of a PST forensics tool.

Some of the highlighted features of this tool are:

The above content exemplifies how forensic analysis of Gmail messages can be carried out successfully by using the Gmail backup tool. Further, it entrusts upon the use of another tool known as PST Forensics application for further close examination of the messages.