A recent news article claims that stolen a database of almost 7 million Dropbox Account hacked by third-party services. To prove that the information is genuine 420 usernames and passwords have been posted by hackers. But Dropbox denies the hack, it said: 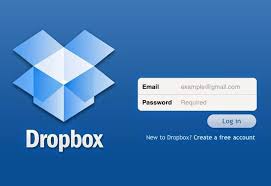 After the news, one of the senior executives of the company said. That their Dropbox has been hacked and that your stuff is safe. The username and passwords of the Dropbox account hacked by attackers were unfortunately stolen by unrelated services and used in attempts to log in to Dropbox accounts. These stolen credentials of users are used by attackers to log in to sites across the Internet, including Dropbox. But we had previously detected these attacks and the company automatically reset credentials before it happens.”

What is a Dropbox- Brief Explanation

Dropbox is a Personal Cloud Storage service that users frequently use for sharing and storing files including photos, documents and videos. The Dropbox application is available for Windows, Macintosh, and Linux and also provides apps for iPhone, iPad, Android, and BlackBerry devices. The service provides free 2GB storage and after that, you need to pay. After installation of the associated application, . A Dropbox folder appears and the user can access it from anywhere with an Internet connection. The user just has to log into his account and easily upload, download and share files.

Several businesses and consumers use the cloud storage and collaboration platform to store their photos, videos and other files from the compromised accounts. But the way Dropbox credentials leaked shows another example of why people should not trust insecure online collaboration platforms like Dropbox. It is not just personal information that is at risk, but commercially sensitive data as well.

Whether this attack is confirmed or not, the best part is that the users turn on two-step verification. This adds a second layer of security account to protect them from hacking. In Two-step verification whenever the user tries to sign in to an account. An additional six-digit security code will be sent to the user’s phone to access their account.

I am a Digital Forensic Expert. My expertise is in recovering the lost, deleted or hidden data from Digital Devices as well. I am always ready to explore the new challenges occurring in the Forensic arena.

View all of Olivia Dehaviland's posts.