There is no singularly defined file system for Android. Android is developed on the Linux kernel and Linux supports many file systems. However, each file system is the implementation of a VFS (Virtual File System). VFS is the abstract layer of Kernel through which an application’s file and directory operations flow. Also, each of the file systems has a separate Kernel module that supports operations. Hence adding a new file system means adding a new kernel module. This implies that the Kernel configuration file defines which all file systems should be compiled and hence files systems that are supported by Android vary with devices.
The Android File Systems that Android Phones support can be classified as flash memory file systems and media-based file systems. So now, let’s proceed with Android Phone Forensics:

Rooting is the process of attaining privileged control of android devices. It gives you root permission on your device. However, the rooting Android device helps to overcome the limitations of the devices put by the manufacturers. With a rooted phone, we can run apps that require certain system access and flash custom ROMs which add more features. So the rooting becomes possible through command prompt development interface ADB or using special rooting applications. However, we can’t access the system files and database files of an un-rooted device as they are encrypted. So the analysis of Android systems files is possible only if the device is rooted.

Android uses more than one file system and multiple partitions to organize files and folders in the device. In the file system, directories represent the partitions. There are mainly six partitions the android devices use. So, they are boot, system, recovery, data, cache, and misc. Each of these partitions has its own functionalities. There may be other partitions that differ in each model such as sd card, and sd-ext. 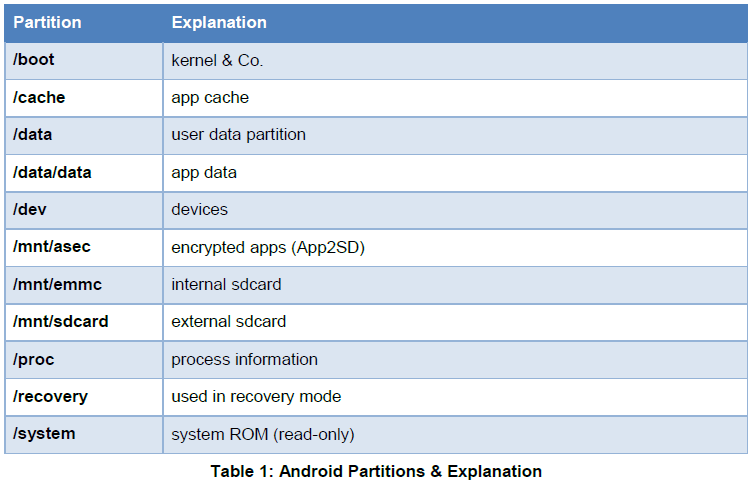 Also, we can check which partitions are available in a device along with its total, used and free size using adb command in the below image. 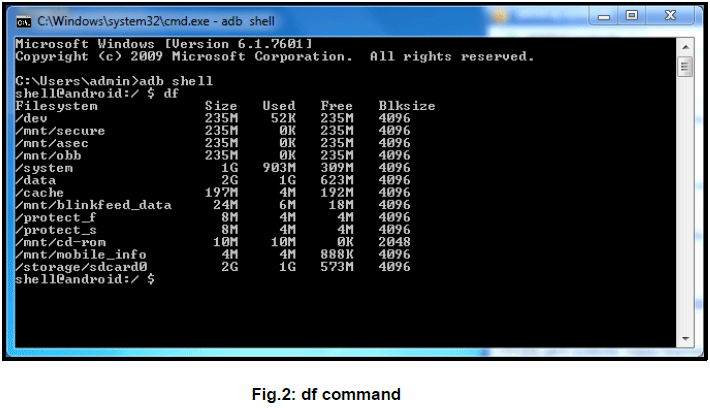 You can find the default location of the Android log file at /dev/log. And we can see the logs if we execute logcat command from the terminal inside Android. So, the logcat command executed using ADB.exe and dumped into the text files are shown below. The command to export logs into PC using adb.exe: 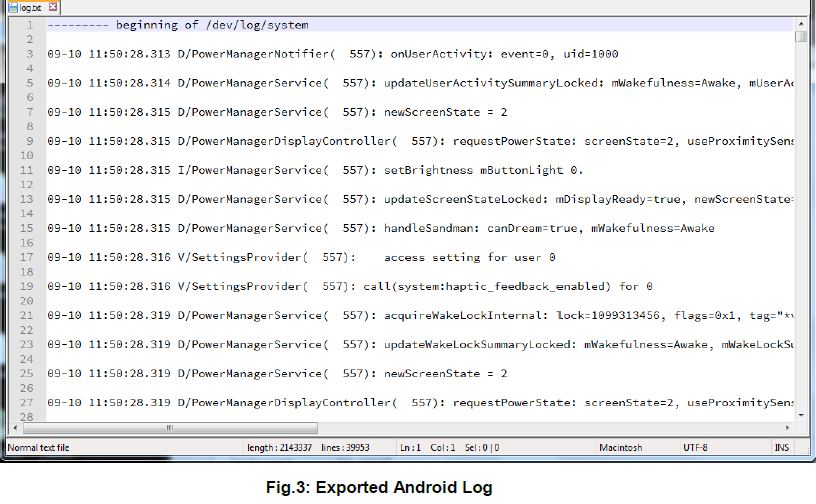 A few of the most commonly using android applications selected here for analysis are:

The dynamic_auto_pairing.conf file contains basic information about the phone and also it requires the details about the WiFi networks which are connected. WiFi details include: